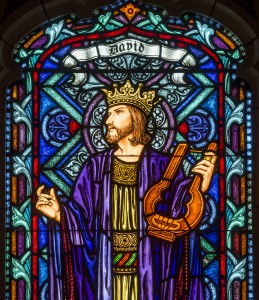 Saint Cecilia, virgin and martyr
In the fourth century appeared a Greek religious romance on the Loves of Cecilia and Valerian,
written, like those of Chrysanthus and Daria, Julian and Basilissa, in glorification of the virginal
life, and with the purpose of taking the place of the sensual romances of Daphnis and Chloe,
Chereas and Callirhoe, etc., which were then popular. There may have been a foundation of fact
on which the story was built up; but the Roman Calendar of the fourth century, and the
Carthaginian Calendar of the fifth make no mention of Cecilia.
It is said, however, that there was a church dedicated to St. Cecilia in Rome in the fifth century,
in which Pope Symmachus held a council in 500. But Symmachus held no council in that year.
That held at Easter, 502, was in the “basilica Julii”; that on September 1, 505, was held in the
“basilica Sessoriana”; that on October 23, 501, was in “porticu beati Petri apostoli que appelatur
Palmaria.” The next synod, November 6, 502, met in the church of St. Peter; that in 533, “ante
confessionem beati Petri”; and that in 503 also in the basilica of St. Peter. Consequently, till
better evidence is produced, we must conclude that St. Cecilia was not known or venerated
in Rome till about the time when Pope Gelasius (496) introduced her name into his
Sacramentary. In 821, however, there was an old church fallen into decay with the dedication to
St. Cecilia; but Pope Paschal I dreamed that the body of the saint lay in the cemetery of St.
Celestas, along with that of her husband Valerian. He accordingly looked for them and found
them, or, at all events, some bodies, as was probable, in the catacombs, which he was pleased to
regard as those of Cecilia and Valerian. And he translated these relics to the church of St.
Cecilia, and founded a monastery in their honor.
The story of St. Cecilia is not without beauty and merit. There was in the city of Rome a virgin
named Cecilia, who was given in marriage to a youth named Valerian. She wore sackcloth next
to her skin, and fasted, and invoked the saints and angels and virgins, beseeching them to guard
her virginity. And she said to her husband, “I will tell you a secret if you will swear not to reveal
it to anyone.” And when he swore, she added, “There is an angel who watches me, and wards off
from me any who would touch me.” He said, “Dearest, if this be true, show me the angel.” “That
can only be if you will believe in one God, and be baptized.”
She sent him to Pope St. Urban (223-230), who baptized him; and when he returned, he saw
Cecilia praying in her chamber, and an angel by her with flaming wings, holding two crowns of
roses and lilies, which he placed on their heads, and then vanished. Shortly after, Tibertius, the brother of Valerian, entered, and wondered at the fragrance and beauty of the flowers at that
season of the year.
When he heard the story of how they had obtained these crowns, he also consented to be
baptized. After their baptism the two brothers devoted themselves to burying the martyrs slain
daily by the prefect of the city, Turcius Almachius. [There was no prefect of that name.] They
were arrested and brought before the prefect, and when they refused to sacrifice to the gods were
executed with the sword.
In the meantime, St. Cecilia, by preaching had converted four hundred persons, whom Pope
Urban forthwith baptized. Then Cecilia was arrested, and condemned to be suffocated in the
baths. She was shut in for a night and a day, and the fires were heaped up, and made to glow and
roar their utmost, but Cecilia did not even break out into perspiration through the heat. When
Almachius heard this he sent an executioner to cut off her head in the bath. The man struck thrice
without being able to sever the head from the trunk. He left her bleeding, and she lived three
days. Crowds came to her, and collected her blood with napkins and sponges, whilst she
preached to them or prayed. At the end of that period she died, and was buried by Pope Urban
and his deacons.
Alexander Severus, who was emperor when Urban was Pope, did not persecute the Church,
though it is possible some Christians may have suffered in his reign. Herodian says that
no person was condemned during the reign of Alexander, except according to the usual course of
the law and by judges of the strictest integrity. A few Christians may have suffered, but there can
have been no furious persecutions, such as is described in the Acts as waged by the apocryphal
prefect, Turcius Almachius.
Urbanus was the prefect of the city, and Ulpian, who had much influence at the beginning of
Alexander’s reign as principal secretary of the emperor and commander of the Pretorian Guards,
is thought to have encouraged persecution. Usuardus makes Cecilia suffer under Commodus.
Molanus transfers the martyrdom to the reign of Marcus Aurelius. But it is idle to expect to
extract history from romance.
In 1599 Cardinal Paul Emilius Sfondrati, nephew of Pope Gregory XIV, rebuilt the church of St.
Cecilia.
St. Cecilia is regarded as the patroness of music [because of the story that she heard heavenly
music in her heart when she was married], and is represented in art with an organ or organ-pipes
in her hand.
From The Lives of the Saints by the Rev. S. Baring-Gould, M.A., published in 1914 in Edinburgh.

If you are a music minister, please fill out the survey form below to help us get to know you better!